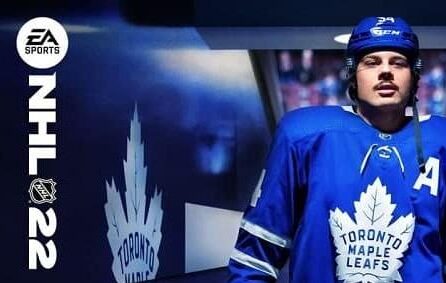 As a follower of the NHL series on the PC, I bought a PS4 a few years ago, to continue the series. I still don’t understand why EA isn’t bringing out NHL for the PC alongside FIFA. The assumption is that ice hockey is not very widespread in our latitudes. The game itself is really entertaining. After a long period of abstinence, I decided two weeks ago to invest in NHL 2022. One reason for this was the new engine called “Frostbite” and a few additional extras. My last NHL hockey on PS4 was Versoin 2018.

After a few simple adjustments to the controls, I started (as always) with an NHL season. As a team, it had to be the Pittsburgh Penguins (my standard).

The puck and the players whiz across the field. The effects are crisp, the moderator a bit monotonous, but still not bad.

I am struggling to follow the course of the game. Maybe it wasn’t a good idea after all that I set the game speed (realism) to rather high. A few passes (from the opponent) later it rattles. I’m 0: 1 behind. Damn!

There is no giving up! Suddenly I have the feeling of the “underdog” … I still have to turn the match!

After a breakaway, a faked shot and a cross pass in front of the goal, my center (Crosby) hammers the puck into the net. Out of sheer euphoria, sitting in front of the monitor, I clench my fist and think to myself: “yes, lets go!”

I watch the repetition, which is played automatically … The Pittsburgh logo appears … at the top right it says “Synching …” and still “Synching” …

In the background I can tell that the game is already going on, as the commentator happily comments how my opponent scores the next goal without me even noticing anything! WTF! Feels like a hundred – gamepad keystrokes later, I give up annoyed and choke the console off.

Ultimately, I tried my trusted search engine and discovered that NHL Hockey 2022 has a bug that has still not been fixed. How the hell (sorry) can EA fail to notice such a bug? Have the ladies and gentlemen there ever heard of quality control? So I’ve now spent around EUR 60 on a game that I can’t play because it has a massive bug.